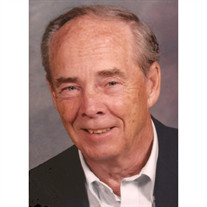 William (Bill) Roger Porter, born on December 4, 1932 in Tallmadge, Ohio, passed away in Leesburg, Florida surrounded by his family on March 10, 2022. Bill was a resident of the Plantations at Leesburg for many years. He was one of six children born to Joseph R. Porter and Myrtle Jane Hamilton. Bill graduated from Tallmadge High School in 1951. He worked at Goodyear Tire and Rubber Company for 40 years, served in the U.S. Army during the Korean conflict, and was a jack of all trades who could build and fix almost anything. He will be greatly missed by his wife of 64 years, Rita, his daughter Cindy (Dane) Petersen, son Randy, grandson Dane (Andy) Petersen, brother John (Beverly) Porter, sister-in-law Irene Lutz and her husband Duke, brother-in-law Michael Cingel and his wife Patsy, and numerous nieces and nephews. Bill is preceded in death by his parents Roy and Myrtle Porter, sisters Marjorie (Simon) Pavkov and Elenor (Ed) Baumann, brothers Roy (Janet) Porter and Robert (Jackie) Porter. Throughout his life Bill was a devout Christian as an active and faithful member of the United Methodist Church. Bill served for many years as a lead Trustee of the Tallmadge (Ohio) United Methodist Church. In celebration of Bill's life, a memorial service will be held at 11:00 a.m. on Friday March 25, 2022 at Beyers Funeral Home in Leesburg, Florida. Interment at the Bushnell, Florida National Cemetery will take place at a later date. If you wish to express your love for Bill, please consider making a donation, in Bill Porter's name, to the Parkinson's Foundation. Condolences may be sent to the family via the "Tributes/Condolences" link within the Bill Porter page on the Beyers Funeral Home website (www.beyersfuneralhome.com).

William (Bill) Roger Porter, born on December 4, 1932 in Tallmadge, Ohio, passed away in Leesburg, Florida surrounded by his family on March 10, 2022. Bill was a resident of the Plantations at Leesburg for many years. He was one of six children... View Obituary & Service Information

The family of William R. Porter created this Life Tributes page to make it easy to share your memories.

Send flowers to the Porter family.