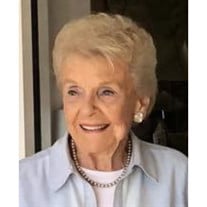 Susan Dawkins Ireland of Leesburg, FL, formerly of Winchester, VA, died peacefully on April 11, 2022. She was born on October 6, 1927 to parents Seward and Zue Mac Sheldon. She grew up in Ponca City, OK; Fort Worth, TX; and Cleveland OH. She graduated from Hathaway Brown School in Shaker Heights, OH in 1945. She attended Marietta College, University of Maryland, Shenandoah University and the University of Virginia. Susan was married for 37 years to Howard Kay Dawkins until his death in 1985. They moved to Winchester, VA in 1956. After her 4 children were older, she worked as a teacher at the First Baptist Church in their Special Ed Program, then became a Special Education teacher in the Frederick County Public School System from 1968-1970. All her education combined with her passion to help those with disabilities came together as she and others in the community pioneered the way to open the Northwestern Workshop (now NW Works). Susan was Executive Director from 1970-1991. It held the distinction of being the first sheltered workshop in the state of Virginia and her staff assisted with the opening of others regionally. The Workshop served disabled adults in the City of Winchester, Clarke, Frederick and Warren Counties. They started with five clients in the old Friendship Fire Hall on Cork Street, moving twice more under her leadership, and then to a 21,000-sf building on Smithfield Avenue, serving over 100 clients. NW Works has since relocated to Shawnee Drive and continue to grow and serve the community. After Howard died, Susan married Jack Ireland and they relocated to Florida permanently in 1996 after being snowbirds for 5 years. Their shared commitment to the Workshop frequently brought them back to Virginia. Susan (as former Executive Director) and Jack (as former Board President), were honored by the Board with a ceremony dedicating a building in their name. They were married for 18 years. Susan took on volunteering as a second career (along with learning to play golf!), and was a Reading Mentor at Lady Lake Elementary School for 12 years, on the State of Florida's Foster Care Review Board, Philanthropy Committee for Harbor Hills Ladies Charity, Hospice Volunteer, Wilcox Advisory Committee and most recently on the Dining Committee and Employee Gift Fund at Lake Port Square. Susan (most affectionately known as Mumsey), had a thirst for knowledge. Before Google, if there was a homework question, wondering the correct spelling of a word, or any need for a quick answer, it was often said, "Call Mumsey because she knows everything!" She was the ever-positive influence and most amazing lady that will be missed not only by her family, but by all those whose lives she touched. May her memory be eternal! Susan is survived by Deborah (Al) Dexter of Jamestown TN, Rebecca (Harry) Sirinakis of Selbyville, DE, Sheldon Dawkins of Morgantown, WV, Beverley Simpson of Winchester, VA, Karen (Glenn) of Kiawah, SC, 15 grandchildren, 21 great grandchildren, 3 great great grandchildren and her brother, David Sheldon of Bainbridge Island, WA. She was predeceased by Howard Dawkins, Jack Ireland, son David Dawkins and step-daughter Kyle Ireland. A Memorial date has not been set. In lieu of flowers, the family has requested donations be made to the Employee Gift Fund at Lake Port Square 800 Lake Port Blvd. Leesburg, FL or Tavares Cornerstone Hospice 2445 Lane Park Road, Tavares, FL 32778. Online condolences are being provided by Beyers Funeral Home in Leesburg, Florida. www.beyersfuneralhome.com

Susan Dawkins Ireland of Leesburg, FL, formerly of Winchester, VA, died peacefully on April 11, 2022. She was born on October 6, 1927 to parents Seward and Zue Mac Sheldon. She grew up in Ponca City, OK; Fort Worth, TX; and Cleveland OH. She... View Obituary & Service Information

The family of Susan Dawkins Ireland created this Life Tributes page to make it easy to share your memories.

Send flowers to the Ireland family.