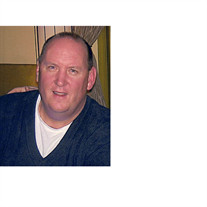 Robert "Bob" Kim Orkis Born in Columbus, Ohio on November 14th 1956 Died on November 22, 2021 at the age of 65. He is survived by his wife of 41 years, Hannelore Mueller Orkis, Mother Edith Orkis of Orange City FL, Brothers, John Orkis and his family in Orlando, FL, and Randy Orkis and his family in Pataskala, OH. Preceded in death by his father, John Orkis from Gahanna, OH. Bob was an amazing man! He was a loving husband of 41 years, oldest of 3 brothers, son-in-law, manager of thousands & countless friends. He easily made friends wherever he went. Uniquely he kept those friends for life! He was a leader and mentor in all walks of life! Family, Athletics, Community and Business. He was a Hall of Fame Athlete and Captain of multiple High School Championship Teams, played football at the University of South Carolina, and Mentor in the Big Brothers program of Texas. He was known for being a rock-solid man, physically, mentally & in strength of character and integrity. Bob always just did right thing, regardless of the potential consequences. He was willing to choose the road less traveled for the right cause. Bob was a great listener and soft spoken, but when he did speak, everyone listened, and learned. He enjoyed a very successful career in the Mortgage Industry. He rose to the highest levels of leadership. He served as, Chief Information Officer, for several of the largest firms in the Industry. Bob was revered by his employees for his unwavering loyalty to them. As strong as he was, he had an even bigger heart. He was so big because he needed room for his huge heart - a loving gentle teddy bear. Very quick witted ... always known for getting in the last word! He loved his family, dogs, golf, muscle cars, poker, music, brownies & Mexican food and especially Margaritas! Friends were quoted saying, "It was an honor to all who had the opportunity to know him...He was like a big brother to everyone...He was truly one of the good guys...One of the greatest we will ever know." Bob left us way too soon but has provided memories that will last forever. He will be missed!!! A casual celebration of life will be held on Sunday, December 5th 2021 from 2-4pm at the Venetian Center, 1 Dozier Circle, Leesburg, FL 34748 352-728-9885 Informal open house immediately following at 2425 Boudreau Circle, The Villages, FL Celebration of Life For Robert Kim (Bob) Orkis in Columbus, Ohio: Sunday January 16th from 2:00pm to 4:00pm at Jefferson Country Club 7271 Jefferson Meadows Dr. Blacklick, OH 43004-9811 Phone: (614) 759-7500 https://www.jeffersoncountryclub.com/ Immediately After the Celebration of life we are having an informal gathering at Flanagan's Pub 3001 Reynoldsburg- New ALbany Rd, Blacklick, OH 43004 In honor of Bob's memory, donations can be made at www.AmericanWarriorInitiative.com with the notation "Donation in honor and memory of Bob Orkis" Proceeds will go to a service dog for a Veteran in need. American Warrior Initiative 104 East Texas St Leesville, LA 71446

The family of Robert Orkis created this Life Tributes page to make it easy to share your memories.

Send flowers to the Orkis family.