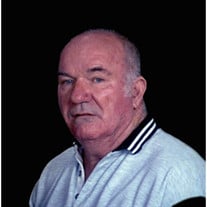 Franklin, NC: Richard Lee Whitman was born on January 31, 1938, in Webster, Florida, to C.W. and Alice Whitman. He passed from this life on April 28, 2022, being preceded in death by his parents and his six siblings, along with his daughter, Tracy Whitman. He is survived by his high school sweetheart who was the love of his life, his wife of 63 years, Sandra Whitman. He is also survived by his sons, Mark Whitman and Daniel Whitman. After graduating high school, Richard enlisted in the United States Army and was a member of the 101st Airborne. Later, he was one of the original members of the Long Range Patrol formed in West Germany in the early 60s. He served in Vietnam in 1968-1969 where he received the Bronze Star. Following his service in Vietnam he became a member of the US Army Special Forces. Richard entered the military as a private. He was selected for and completed Officer Candidate School. Had he chosen to stay in the army, he would have been promoted to major, but instead he chose to exit as a captain. After serving for fourteen years, Richard left the army and always said he felt like he had been on vacation ever since his discharge. Richard was very motivated and a hard worker. For many years he worked a full time job on top of farming vegetable crops and building houses. Sometimes he had all three jobs going on at once. He taught himself to build and completed several houses by himself from the ground up-digging the footers, doing the carpentry, masonry, electrical, and plumbing as well as the roofing and shingles. Richard was a loyal friend and still kept in touch with some friends he had made in elementary school. He enjoyed growing vegetables and watching old westerns on television. He liked rock and roll from the 50s along with old fashioned gospel music. Richard loved his family, and they always came first. He was also an animal lover, domesticated or wild. He could not stand to see anything go hungry. One of Richard's favorite dogs, Buckshot, who died prior to Richard's passing, will be buried with him as Richard directed. Moffitt Family Funeral Care and Purcell Funeral Home Chapel is honored to serve Mr. Whitman's family.

Franklin, NC: Richard Lee Whitman was born on January 31, 1938, in Webster, Florida, to C.W. and Alice Whitman. He passed from this life on April 28, 2022, being preceded in death by his parents and his six siblings, along with his daughter,... View Obituary & Service Information

The family of Richard Lee Whitman created this Life Tributes page to make it easy to share your memories.

Send flowers to the Whitman family.