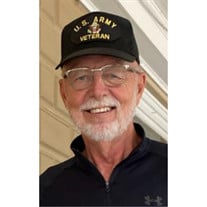 Dr. Preston Olin Ross Morgan ("Doc"), 72, of Webster, Florida passed away in Hudson, Florida on November 26, 2021. He was born in Leesburg, Florida on November 20, 1949 to JP and Joanne Morgan. He began his career as a teacher over 40 years ago at South Sumter Middle School. He later became the principal at South Sumter Middle School and then served as the Superintendent of Schools for Sumter County. In 2016, he retired from his position as principal at South Sumter High School. Preston was also a custom home contractor, who built hundreds of homes for people in his community. He was a member of the Webster United Methodist Church, and a member of the Kiwanis Club for many years. He enjoyed riding his motorcycle, boating, woodwork, camping on the beach, exercising and fitness. Most of all, he enjoyed Sunday dinners with his family. He is survived by his wife: Peggy Morgan of Linden, Florida; daughter: Misty Vianna (Fremiot) of Wesley Chapel, Florida and their son: Clark Vianna; daughter: Wendy Craig (Rickey) of Linden, Florida and their sons: Isaac and Samuel Craig; Stepson: Gary Lamb (Shelby) of Bushnell, Florida and their son: Braydon Lamb; Stepdaughter: Danielle Bates (Jared) of Bushnell, Florida and their daughter: Brielle Bates; father: John Preston Morgan of Linden, Florida; brother: Timothy Morgan of Linden, Florida; Sister-In-Law: Mary Lou Morgan of Linden, Florida; and first wife, dear friend: Penny Burton ( Lyle). He was preceded in death by his mother: Joanne Morgan and brother: Michael Morgan. A service will be held on Tuesday, December 7, 2021 at 2:00 p.m. at Florida National Cemetery in Bushnell, Florida. The family requests all attendees to gather at Purcell Chapel at 114 West Noble Avenue, Bushnell, Florida 33513, for a processional at 1:00 p.m. In lieu of flowers, the family requests donations be made to Moffitt Cancer Center https://give.moffitt.org//site/Donation.

The family of Preston Olin Ross Morgan created this Life Tributes page to make it easy to share your memories.

Send flowers to the Morgan family.