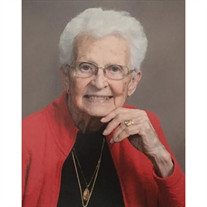 Mary Elizabeth Curcio, 90, passed away Thursday, December 12, 2019, at AdventHealth Altamonte Springs, Florida. She had been a resident of The Villages, FL, before moving to reside at Brookdale Senior Living in Apopka in 2018. She was born September 20, 1929, in Scottsville, Kentucky to Robert Clifton and Giola Beatrice (Hancock) Cliburn. As a young child, the family moved to Illinois where she later graduated from Auburn Township High School. In 1947, she married Henry James Delaby, who preceded her in death in 1957. They had 3 children: Elizabeth Joann, Michael Henry, and David Charles. She later married William Donald Schott in 1962, and they had two children: Phillip William and Susan Lynette. After his passing in 1967, she met and married Anthony John Curcio, a widower from Chicago with three children: Joseph John, John Anthony, and Rosemarie. They were married forty-six years and together they had eight children, eighteen grandchildren, and eighteen great-grandchildren. Mary was preceded in death by her husband, Tony, in 2013 and by her two brothers, Charles Edwin Cliburn and Joseph Franklin Cliburn. She lost her son, Michael, in May of 2019 and her grandson Ryan in July of 2019. Mary led a very active life. She loved to knit, cross stitch, sew, crochet, golf, play cards, and bowl. Mary's family members and friends were proud recipients of her handiwork. She was very involved at St. Timothy's Church, serving as a Eucharistic minister, where she met many dear friends. Mary dedicated most of her time for caring for her family. She provided care not only to her children, but also to her mother and mother-in-law. Mary always enjoyed a full house of those she loved, especially for Sunday pasta. Her house was always bursting with joy and family during the holidays. Mary will certainly be missed by all who knew her and loved her. A Mass of Christian Burial will be Celebrated on Friday, December 27, 2019 at 10:00 am at St. Timothy's Catholic Church in The Villages. A reception will immediately follow in the Parish Hall. Arrangements entrusted to Beyers Funeral Home and Crematory, Lady Lake, FL. Online condolences may be left at www.BeyersFuneralHome.com

Mary Elizabeth Curcio, 90, passed away Thursday, December 12, 2019, at AdventHealth Altamonte Springs, Florida. She had been a resident of The Villages, FL, before moving to reside at Brookdale Senior Living in Apopka in 2018. She was born... View Obituary & Service Information

The family of Mary Elizabeth Curcio created this Life Tributes page to make it easy to share your memories.

Send flowers to the Curcio family.