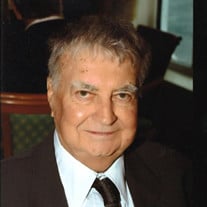 James “Charles” Oswald aka “Big O”, 80, of Bushnell, Florida passed away on May 31, 2022 in Dade City, Florida. He was born in Greenville, Alabama on August 25, 1941. He taught at South Sumter High School for 33 years and was the head baseball coach from 1971 until 1997. During that time he was 1978 Florida Head Coach of the Year. After his time at SSHS, he taught at Greenville Academy in Alabama. He was the head football and baseball coach and the assistant softball coach. He was the assistant baseball coach at Greenville High School. He concluded his career as a high school assistant baseball coach at Fort Dale Academy. He also taught at LBW College until 2017. When he did officially retire after 53 years, he coached his grandson in the Dixie Youth and Cal Ripken League. He enjoyed cheering on the Yankees and the University of Alabama Football team. He loved spending time with his family and playing baseball with his grandson, JJ. He is survived by his daughter: Magan (Jason) Holt of Bushnell, Florida; grandson: Jason Holt, Jr. of Bushnell, Florida; sister: Betty (William) Love of Greenville, Alabama; sister-in-law: Sarah Oswald of Greenville, Alabama; niece: Kimberly Oswald of Birmingham, Alabama; nephews: Jeff (Lisa) Bush of Mackenzie, Alabama; Kenneth Oswald, Jr. (Jennifer) of Montevallo, Alabama; honorary son and coaching partner: Josh Beverly of Greenville, Alabama; many loving great nieces, nephews and extended family members. He was preceded in death by his parents: Arthur and Laura Oswald; brother: Kenneth Oswald, and daughter: Sandra Kay Oswald. A service will be held on Saturday, June 18, 2022 at Purcell Funeral Home Chapel at 4pm (with visitation from 2-4pm) with Pastor Tracy Taylor officiating.

The family of James Charles Oswald aka "Big O" created this Life Tributes page to make it easy to share your memories.

Send flowers to the Oswald family.