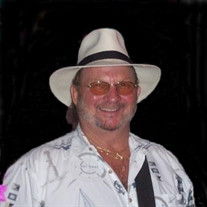 David J Scott "Dave Scott Sr." David J Scott 81,of Wildwood FL, Marathon FL, and Canton IL., passed away April 16, 2022. He was born on December 5,1940 in Madison, South Dakota on his grandmother's farm, to Ruth (Krenn) and James Scott. He was preceded in death by his mother and father James and Ruth Scott, brother Mike Scott, and his sister Mary (Scott) Kuljian, Howard and Geddie Kuljian. Surviving is his loving wife of 24 yrs, Teresa Scott, Wildwood FL, a son Dave Scott (Davey and Lisa) of Pekin IL and a daughter Jennifer Scott-Dewar of Pekin, two grandsons Josh (Cece) Scott of Peoria IL and NIck Scott (Ryan Satterfeal) of Chicago IL., one granddaughter Cate Scott-Dewar of Texas, a sister Therese (Jerry) Jenkins of Loriane IL. and three nieces Laura (Chris) Kruger of Deland FL, Stephanie (Tim) Ogle of Loraine IL and Olivia Kuljian of Texas and one grandnephew Hunter Ogle of Loraine IL. David J was a graduate of the Class of "58" from Spaudling Catholic Church, Peoria IL. David J was in the US Army 1960-1963, 15th Psychological Warfare. He was a Rifle Marksman and recieved a Good Conduct Medal and Honorable discharge from the US Army. The Man with a Big Heart and the love of music..... David J brought so much joy and happiness over 45 yrs of entertaining. Starting in the Fulton Co. area, then traveling to Rio Grande Valley of Texas, Florida Keys (Marathon), the Adirondacks of New York State, Michigan, or wherever the winds would blow the man in the van. David J was also an accomplished song writer. Some of the favorites were Sweet Memories, Little by Little, How are you today, On Belay, You're my Everything.... David J was always willing to help people in need....with the help of many good friends, local musicians, business and the Canton Elks Lodge...the "Food Pantry Jam'' was born in 1985. Helping two local food pantries in Canton IL, St Mary's Catholic Church and the First Baptist Church, both of Canton IL for over 20yrs. He also would always make the time to play music for a Nursing Home wherever he was. David J's favorite pastime was being in his boat "The Key of Sea" on the "Oh Mighty Ocean" and if not on the ocean just being in a boat on the water with friends. He loved to go fishing under the 7 Mile Bridges. He also loved taking friends for an unforgettable ride on the "The Key of Sea". David J was a proud member of the following Clubs, Canton Elks Lodge #626, Canton VFW Post 1984, Fairview American Legion Post 644, Marathon Moose Lodge #1058, Leesburg Amvets Post FL-0021, David J was a Master Mason of The Most Worshipful Grand Lodge of Free & Accepted Masons of the State of Florida and a member of the Marathon Shrine Club, Charter of the Mahi Shriners. David J's last wishes would be for you to make a donation to your favorite Organization. David J is Loved by his family and friends...He will be in our Hearts forever! Arrangements entrusted to Beyers Funeral Home, Leesburg, Fl.

The family of David Jay Scott created this Life Tributes page to make it easy to share your memories.

Send flowers to the Scott family.