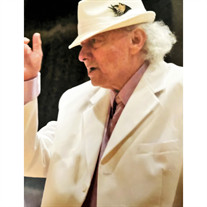 Daniel Schrank aka Dancing Dan, passed away on May 5, 2022 from sudden onset of Non Hodgkin's Lymphoma. He was 76 years old and born in The Bronx to George and Ann Schrank and predeceased by his brother Marvin. Dan was raised in Mt Vernon, NY and was the last graduating class from AB Davis High School and graduated from Pace University with a degree in Economics. Dan was diagnosed with diabetes when he was 9, which prevented from doing many careers paths. He focused his energy and time on tennis and worked at many tennis clubs in the NY area teaching and managing. He became a USPTA teaching pro, was sponsored by Prince Tennis and was on the testing and advisory board for Prince. He also owned several Tennis stores in Westchester County with his wife Nancy. While in Rye, NY he was very active with the Chamber of Commerce and became very active in the political community working with the Republican Party and eventually ran for NYS Assembly from his district. Dan also had many cultural interests and studied spiritualism, kabbalah and various other religions to have an understanding of life and beliefs of afterlife. He relocated to Rochester, NY in 1990 with his family to raise his daughters and continued to teach tennis but also was involved with the car industry which he loved. Dan and Nancy decided to leave the cold and snow in 2010 and first relocated to NC but just didn't feel it was what they wanted. The move to The Villages in 2011 opened up a new lifestyle with the return to the music he grew up with and became involved with the Doo Wop music and enjoyed the dancing and sock hops. He also was trying to focus on establishing tennis programs and was doing tennis clinics for the recreation center several times a month, but his vision was became a problem and had to give up tennis. He focused on his dancing with the outfits of sequin jackets, matching shoes etc. He loved the attention of his dancing skills, moves of James Brown and Michael Jackson and of course the outfits to match. As his vision declined, all he had left to look forward to was the few moments that he could move on the dance floor like no one else. He was special in his own way. As we all decline physically and mentally, we don't appreciate what we have until it is gone. The visual deficit affected him and all he had left were the moments of glory out on the dance floor which most people understood. Dan is survived by his wife Nancy Engel-Schrank of 41 yrs and daughters Danielle and Sarah Schrank. A Celebration of Life will be held on Friday May 20th at 4 pm at Laurel Manor Recreation Center Lincoln Theater.

Daniel Schrank aka Dancing Dan, passed away on May 5, 2022 from sudden onset of Non Hodgkin's Lymphoma. He was 76 years old and born in The Bronx to George and Ann Schrank and predeceased by his brother Marvin. Dan was raised in Mt Vernon, NY... View Obituary & Service Information

The family of Daniel Schrank created this Life Tributes page to make it easy to share your memories.

Send flowers to the Schrank family.