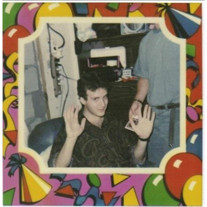 Bryan Steven Oxley of Bushnell, FL went home to be with the lord on Friday, October 15, 2021, in Wesley Chapel, FL after a hard-fought battle with an unexpected illness. Born on March 20th, 1975, in Tampa, FL. Bryan was the son of Carolyn Sue Oxley, and the late Donald Richard Oxley Sr. He graduated from Chamberlin High School in Tampa, FL and went on to receive his MBA in 2008 from Everest University. Bryan had a passion for teaching and enjoyed his career as a successful Professor and mentor for several universities including Western Governors University, Grantham University, and University of Maryland. Bryan was happily married to Bobbie Oxley, and they shared a beautiful daughter together, Allie Oxley. His smile lit up a room and he put passion in everything he did. He enjoyed playing drums, watching sports especially his Washington Redskins and Florida Gators, and listening to his rock music. Bryan was a devoted Christian, husband, son, brother, uncle and dada. He loved his family, friends, and Jesus. Those left to treasure his memory include his wife Bobbie Oxley of Bushnell, FL his daughter Allie Oxley of Bushnell, Florida his mother Sue Oxley of Brooksville, FL; his brother Donald "Buddy" and wife Ileana Oxley of Pembroke Pines, FL; his brother Timothy and wife Shelia Oxley of Bowling Green, KY; his nephew Elcid Betancourt of New York, NY; his nephew Donnie Oxley of Brooksville, FL; his nephew Michael Oxley of Santa Ana, CA; his nephew Timmy Oxley of Bowling Green, KY; Bryan inspired and touched so many lives. There were many special people in Bryan's life including Clinton Oxley, Justin Cook, Jayla Cook, Bobby Cook, Chuck Booth, Jolene and David Cook, Ed and Lily Whittle, Chris Ratliff, Benjamin Potts, Kyanna Cook and his fur babies Simba, Maiden, Pixie, and Minnie. He was preceded in death with his brother Jeffrey Oxley, his best friend Cory Scollin and his cat Precious Oxley. A Celebration of Bryan's Life will be held on Saturday, October 23rd, 2021, at 2:00 PM. A visitation for family and friends will be from 1:00 to 2:00, both at the Purcell Chapel in Bushnell, FL. A graveside committal service will follow at the Evergreen Cemetery in Bushnell.

Bryan Steven Oxley of Bushnell, FL went home to be with the lord on Friday, October 15, 2021, in Wesley Chapel, FL after a hard-fought battle with an unexpected illness. Born on March 20th, 1975, in Tampa, FL. Bryan was the son of Carolyn... View Obituary & Service Information

The family of Bryan Steven Oxley created this Life Tributes page to make it easy to share your memories.

Bryan Steven Oxley of Bushnell, FL went home to be with the lord...

Send flowers to the Oxley family.