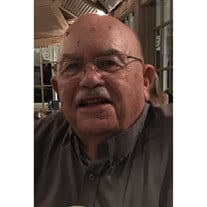 LCDR Robert Thomas Lutz, Jr., USNR (Ret.), 89, of Lady Lake, FL, passed away in Ocala, FL on April 7, 2022, of complications from a stroke. Bob was born July 20, 1932 in Santa Monica, CA to Robert Thomas Lutz, Sr. and Helen Cardman Lutz. He graduated from Loyola High School in Los Angeles, CA in 1950, then went on to attend the U.S. Naval Academy, graduating with the 12th Company in 1957. After graduation from USNA, he attended the Naval Supply Corps School in Athens, GA, and reported to the USS Chemung (AO-30) as Disbursing Officer. In March 1959, Bob was assigned to the Staff, Commander Utility Wing, US Pacific Fleet as Supply and Fiscal Officer at Brown Field in Chula Vista, CA. The staff was then transferred to NAS North Island in 1961. Active on the Rifle Team in high school, as a Midshipman and, later, as a Navy reservist, Bob competed as a member of the US Navy Rifle Team, and participated in the Pacific Fleet, All-Navy, Interservice, and National Rifle Championships. From these competitions, Bob earned the Distinguished Marksman badge in 1961, the 35th officer and 2nd Supply Corps officer in the history of the Navy to do so. In 1962, Bob left active duty and became a reserve officer. Bob started his civilian career as an administrative engineer with Lockheed in Burbank, CA, then entered law school at the University of San Diego in 1963. Although he didn't finish law school, he did meet the Dean's secretary, Judith "Judy" Stadnyk, and they married April 24, 1965. In the 1960s and 70s, Bob worked at the Supply Department at NAS North Island, and part-time as a reserve Deputy Sheriff in San Diego. In 1973, Bob and Judy moved to Alexandria, VA, where Bob worked as an industrial engineer for the Department of the Navy, the General Services Administration, and the DOD. In 1981, Bob retired from the Naval Reserve, and in 1992, he retired from the Civil Service. Bob became an active volunteer with the USNA Class of '57, the Alexandria Police Department, and served as chair of the Crime Prevention Council in Alexandria. He also enjoyed attending Navy football games as a season ticket holder. In 2001, after 28 years in Alexandria, Bob and Judy decided to return to the San Diego area. There, Bob joined the Los Angeles chapter of the USNA Alumni Association, helping to organize the Class of '57's 47.5 year reunion. While in California, Bob and Judy spent time with family and West Coast friends, and traveled extensively, including trips to the Grand Canyon, Yellowstone, Colorado, Las Vegas, and Florida. In 2006, Bob and Judy returned to the East Coast, settling in Dover, DE. There, Bob resumed his attendance at Navy football games, and Bob and Judy continued their love of travel, including trips to Canada, and up and down the East Coast. In 2016, they bade farewell to snowy winters and headed south to the Villages in Florida. There, they enjoyed visiting local sights, including Disney World, Tarpon Springs, Homosassa Springs, and Cape Canaveral. Bob is survived by his wife of almost 57 years, Judy, their daughter Christina Lutz, and son-in-law Mike Gallagher. Christina and Mike continue the tradition of cheering on Navy football as season ticket holders. Bob will be laid to rest with full military honors at the Naval Academy Columbarium on 12 July 2022 at 2pm.

The family of Bob Lutz created this Life Tributes page to make it easy to share your memories.

Send flowers to the Lutz family.