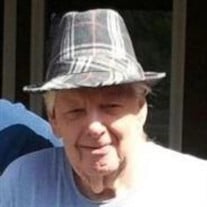 Albert Eugene Hamilton, age 89, went home to be with his Lord and Savior, surrounded by family, on Wednesday, March 23rd, 2022, in Jacksonville, FL. Most knew him as “Al”, but to family he was “Gene”. He was born in February 1933, in Bushnell, FL. to Ray Byrd and Vernell (Fussell) Hamilton. He was a graduate of Bushnell High School. He was a U.S. Air Force Veteran and served in Japan as an Electronics Technician working on radars during the Korean War. While on a Dental appointment in Cocoa, Fl. he would meet the love of his life, Janet M. McClellan a dental technician. They would go on to be married in Orlando and would later settle in Merritt Island. After his service in the USAF, he worked as an Electrical Engineer with General Electric in association with NASA at the Kennedy Space Center. He worked on the Mercury, Gemini, and later the Apollo Space Programs and would have key involvement in the historic launch of Apollo 11, the first manned lunar landing. After the Apollo program ended, Al would briefly move his family to Decatur, Ga before eventually settling in Jacksonville, Fl. in 1973. He retired from General Electric after 28 years. He loved to teach, invent and “tinker” with (he called it improving) things. He is preceded in life by his Parents, his Wife, Brother-in-Law Rex, and Aunt Ruth, and remembered by his son, Gary; daughter, Monica (Harry); 2 granddaughters; 1 great granddaughter, sister, Carolyn; brother, Ronnie (Marianne); sister-in-law Kathleen; and many nieces, nephews, and cousins. He will be remembered for his love of “tinkering” with things, and for being a loving and caring son, brother, husband, father, grandfather, and friend, who would give all he had to anyone in need. A service will be held at Evergreen Cemetery in Bushnell, Florida Saturday, June 11, 2022 at 10 a.m., where he will be laid to rest at Evergreen Cemetery surrounded by family.

The family of Albert Eugene Hamilton created this Life Tributes page to make it easy to share your memories.

Albert Eugene Hamilton, age 89, went home to be with his Lord...

Send flowers to the Hamilton family.