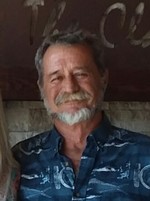 Larry was an electrician by trade. He enjoyed hunting, fishing, NASCAR, and sports. He was a coach for the Dixie Youth Baseball League.

A service will be held on Monday, April 5, 2021 at 4:00 pm with a visitation from (3-4) at Purcell Funeral Home Chapel with Pastor Emery King officiating.


To send flowers to the family or plant a tree in memory of Larry Ted Whitlock, please visit our Heartfelt Sympathies Store.