In Memory of
Mary L.
Cosson
1946 - 2021
Click above to light a memorial candle.
This Book of Memories memorial website allows family and friends a place to re-visit, share and enhance this tribute for future generations.
Open Full Navigation
Family Interactive Login
Close
Menu 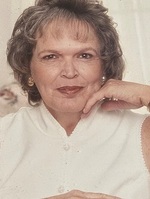 Mary Lott Cosson, 74, of Leesburg died on Monday, January 25, 2021 at her home. Mary was born on December 17, 1946 in Claxton Georgia, to parents Perry and Myrtle Lott. Mary moved to Florida in 1966. She married her husband of 35 years in 1985. She was a devoted wife and mother who dedicated her life to raising her family. Mary worked at Florida Hospital for more than 20 years until she retired in 2013.

Flowers can only be received the morning of her service beginning at 8AM.