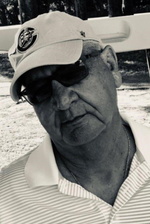 James R. Castin, 75, of Lady Lake, Florida passed away Thursday, January 14, 2021 with his family by his side.
Jim was born on July 19, 1945, in Marietta, Ohio to Omer and Ruth Castin. He graduated from Marietta High School in 1963.
Jim was a loving and amazing husband, father, grandfather, and great grandfather as well as a wonderful friend to many.

Jim had many hobbies over the years, one of which was coaching Little League Baseball, which he did while he and his family lived in Canton, Ohio. He watched and coached both sons. He also enjoyed going to the motorcycle races with his sons and their friends. When Jim and Kathy moved to Florida he enjoyed playing golf, boating, going to the beaches, and cruising to many destinations. He also enjoyed going to the NASCAR races in Daytona. His love of classic cars was one that he enjoyed tremendously. He was always tinkering with his cars and going to the local car shows with his buddies. He enjoyed showing his different cars over the years whether it was his first Corvette, his El Camino, or his 73 Dodge Duster.

Jim retired from Tampa Armature Works in Orlando after more than 20 years of working as the Plant Manager and later as the Operations Support Specialist. Through his work, he made many everlasting friends.
Jim never met a stranger. He will be remembered as a caring and giving man who would help anyone who needed help and was loved by all.

Jim had requested that he be cremated. Due to COVID 19 there will be no services at this time, but a Celebration of his Life will take place at a later date.

The family asks that in lieu of flowers, donations be made to
St. Jude’s Hospital for Children in his name. Use Link Below
https://fundraising.stjude.org/site/TR/DIY/DIY?px=6903989&pg=personal&fr_id=122933


To send flowers to the family or plant a tree in memory of James R. Castin, please visit our Heartfelt Sympathies Store.