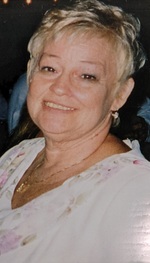 Brenda Ivey, Detten, Rosenmund, Roque, RN was born September 17th, 1947 in Leesburg. She went to be with our Lord on November 19, 2020 following an illness at UF Health in Leesburg.

She was the wife of Manny Roque and her former spouses George Rosenmund and William Detten, both of whom are deceased. She was a member of the Baptist faith and attended Whitney Baptist church for years. She graduated from Leesburg High School in 1966.

She was “a mother to the world” and a kind and caring spirit who enriched the lives of so many. She has taken care of and provided for so many children that I do not know all of their names. She had a hole created in her heart on November 25, 1974 when a house fire tragically took her daughter “Cricket” Elizabeth Nadine Detten, who was Little Miss Leesburg 1973, at the tender age of 6.

Brenda was hard-working and determined to make a better life for her children. Her hard work paid off as she clawed her way through nursing school, working multiple jobs to support three small children on her own. She was part of the historic first RN pinning ceremony to graduate from Lake Sumter Community College on Friday June 22, 1984. During her time as an RN, she worked mostly in surgery at Leesburg Regional Medical Center. She worked at Lakeport square and Avante in Leesburg as well. She retired in 2012, at the age of 65, to take care of her grandchildren.


To send flowers to the family or plant a tree in memory of Brenda Roque (Ivey), please visit our Heartfelt Sympathies Store.