In Memory of
James H. "Jim"
Yeager
1931 - 2020
Click above to light a memorial candle.
Memorial Candle Tribute From
Beyers Funeral Home and Crematory
"We are honored to provide this Book of Memories to the family."
View full message >>>
Send Flowers
Menu 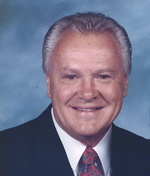 James H. Yeager (Jim), of The Villages, Florida, passed away peacefully at home on May 31, 2020. Jim was born in Philadelphia, PA, the son of John and Anna Yeager. Jim served in the United States Air Force for 4 years, where he was stationed in Anchorage, Alaska. During that time, he married Eleanor Wagner and they had one daughter. After his service, he returned home to Philadelphia and began working for The Philadelphia Electric Company where he stayed for 40 years. Jim spent weekends in Ventnor, NJ where he fostered many life-long friendships. He regularly rode his bike on the boardwalk, spent time on the beach, and enjoyed his time with family and friends. He retired to The Villages in 1997 with his loving companion, Anna Sisto by his side.

Jim continued his avid bike riding around the Villages and made friends with everyone he met. He was the kind of person who, if you met him once, you never forgot him. Jim had the innate ability to balance his wisdom with his happy go lucky nature. Besides his love for his family, he had a great love for music. He sang in the choir for years with his mother and father at St. Boniface Church in Philadelphia. He continued singing beyond his choir years and would break out in song any chance he got. Jim’s favorite thing to do was to sing and harmonize with his brother Bill, who played the guitar, along with his sisters and later his daughter and grandchildren.

He is predeceased by his parents, John and Anna, his siblings, John; William (Helen); Marie (Albert); and Betty (Joseph). He is survived by his long-time companion, Anna Sisto; his daughter, Theresa Wroblewski (Jan); his grandchildren, James Wroblewski (Natalie); Jessica Blatherwick (Luke); Justin Wroblewski (Kaitlyn); and his great-grandchildren, Mason, James Jr., and a great-granddaughter, Lilly, on the way, as well as many nieces and nephews. Jim had a special relationship with his grandchildren to whom he was known as Daddy Jim. The loving moniker stuck, as Jim was affectionately known as Daddy Jim to friends and family for the rest of his life.

A mass will be celebrated at St. Timothy's Catholic Church, 1351 Paige Place, Lady Lake, FL on June 10th 2020 at 8:30 a.m. A memorial service in the Philadelphia area is forthcoming, details will be made available soon.

In lieu of flowers the family suggests donations be made in Jim's memory to the American Heart Association.

To send flowers to the family or plant a tree in memory of James H. "Jim" Yeager, please visit our Heartfelt Sympathies Store.