To share your memory on the wall of Edward Merrill, sign in using one of the following options:

The gesture that can change the world

Provide comfort for the family of Edward Merrill with a meaningful gesture of sympathy.

The gesture that can change the world

Ed (Skip to those of us who knew him best) is survived by a daughter Marla Erickson (Jeff Erickson) of Granger, IN, son Edward Huston Merrill IV (his partner Lisa Hensley) of South Bend, IN and three grandchildren, Gina Santuro, Adam Merrill and the late Austin Merrill. Brothers, Marc Merrill of Mishawaka, IN and brother Christopher Merrill (Sandy Merrill) of Niles, Michigan.

Ed attended Indiana University in South Bend and moved to Florida in 1967. He worked on the construction of Disney World and had several businesses that he started and operated over the years. His favorite pastime was flying his airplane “Juliet”, fast cars, golfing and fishing.

The family will arrange services at a later date.

There are no events scheduled. You can still show your support by sending flowers directly to the family, or planting a memorial tree in memory of Edward Houston Merrill III.
Plant a Tree

We encourage you to share your most beloved memories of Edward here, so that the family and other loved ones can always see it. You can upload cherished photographs, or share your favorite stories, and can even comment on those shared by others.

Plant a Tree in Memory of Edward
Plant a tree 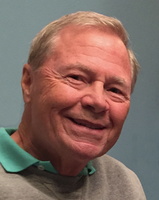