To share your memory on the wall of William Tuffy, sign in using one of the following options:

Provide comfort for the family of William Tuffy with a meaningful gesture of sympathy.

To send flowers to the family or plant a tree in memory of William Edward "Bill" Tuffy, please visit our Heartfelt Sympathies Store.

We encourage you to share your most beloved memories of William here, so that the family and other loved ones can always see it. You can upload cherished photographs, or share your favorite stories, and can even comment on those shared by others.

Love, the Ryan Family, Love, Pat, Bill Gilligan & family, and others have sent flowers to the family of William Edward "Bill" Tuffy.
Show you care by sending flowers

Posted Apr 06, 2020 at 11:08pm
Dear Lucille and family, During these difficult times please know that Stephen and I are thinking of you. Our deepest sympathy, Joan & Stephen Pereira

Flowers were purchased for the family of William Tuffy. Send Flowers

Posted Apr 04, 2020 at 08:55pm
Our most sincere sympathies to the family, he will most definitely be missed here in Nottoway and at the wine tasting events. Bill's career with the Bell System became a common thread of conversation between Bill and Patty (who also had a long career in the Bell System). Rest in peace, you will be missed.

Posted Apr 04, 2020 at 07:32pm
To the Tuffy Family, Our thoughts and prayers are with you. We have so many happy memories of you all and Bill. Wishing we could be together. 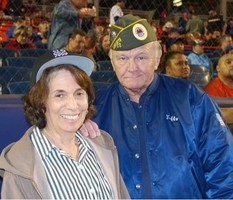