In Memory of
Allen "Al" L.
Girard
1939 - 2019
Click above to light a memorial candle.
Memorial Candle Tribute From
Beyers Funeral Home and Crematory
"We are honored to provide this Book of Memories to the family."
View full message >>>
Send Flowers
Plant a Tree In Memory of Your Loved One
Click Here
Menu 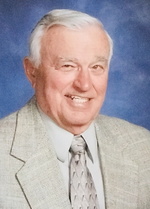 Allen “Al” L. Girard age 80 of Summerfield, FL formerly of St. Augustine, FL. and Wildwood Fl., passed away on Friday November 29th, 2019. Preceded in death by his daughter Deborah J. Pence, mother Sylvia Anderson Noonan, and father Louis Girard. He left behind his wife Jeanne (Ducharme) Girard, his oldest son, Steven Girard, two daughters, Donna wife of Dale Nichols, Suzanne wife of Bobby Holmes, and his youngest son Michael Girard married to Joy. Also leaving behind thirteen grandchildren, Heather (Cedric), James (Tori), Casey, Shannon (Phillip), Joshua, Greg, Morgan, Nicholas, Alex ,Austin, Robert, Grant and Trey. Allen also had five great grandchildren, Dalton,Collin, Bryanna, Aydan Phillip Jr. Allen had too many nieces and nephews to mention but had a unique bond with each and every one of them. Al had one brother Don Girard, who is married to Alice, three sisters Carol, wife of William Zuidema, Jane, wife of Jerry Baker, Janet wife of Tippy Bates. He also left behind his favorite Aunt Noella Dion who is 100 years old who adored him, formally of Worcester, MA, Allen moved to FL 52 years ago. He was a construction supervisor and was project manager at Harbor Hills. He loved to make jewelry and loved the beach where he lived for 10 years. He had many friends and was loved so much. He never met a stranger that did not become his friend. He entered the Marine Corps at the age of 17. His Grandson Nicholas Holmes went into the Marine Corps to be, “just like Papa.” Allen loved to travel and sing karaoke at his brother-in-law Bobby and Tina Ducharme’s house. Allen was a huge Gator fan and loved nothing more than going to the "Swamp". He went to many away games with his Brother-in Law Dr. Albert Ducharme and Sister-in Law Sandy. Allen also was a big tease and got a kick out of teasing his Sister-in Law Irene and family friend Tracey who he called his adopted daughter. Allen loved to argue and talk about sports with his Brother-in Law Roger. He loved to travel and had a great time with Roger and Sandy going to see the Red Sox games. Allen also loved music and when his Brother in-law Paul and Sister-in Law Cecile moved down he enjoyed many concerts with them at On top of the World. His favorite pet “Button” kept him happy during his illness and was like and emotional support dog to him. The dog was only five months old and would stay with him all day and lay on his chest and not move – he had his own dog Allie that he loved also. - They say time heals all, but it will take a long time to heal the holes left in our hearts. He was an amazing husband, the love of my life, of almost 60 years, a loving father, and a caring grandfather and great-grandfather to all of his children which he adored and adored him. People at the lodge at the Moffitt center in Tampa remember Allen as “Bob.” One of Allen's last conversations with his son Michael, Allen said "It's been fun!!!!!"
In Lieu of flowers, send donations to … American Cancer Society 12810 USF Magnolia Dr., Tampa, Fl. 33612, In the memo line: "Restricted to Hope Lodge"
A Mass of Christian Burial will be celebrated in honor of Allen at St. Timothy Catholic Church, 1351 Paige Place, Lady Lake on Friday, December 13, 2019 at 8:30 am.
Following the mass there will be a committal service with military honors at Florida National Cemetery in Bushnell, FL at 10:30 am.