To share your memory on the wall of Allan Stover, sign in using one of the following options:

Provide comfort for the family of Allan Stover with a meaningful gesture of sympathy.

Print
Allan Carl Stover, age 81, died Wednesday, September 18, 2019. Mr. Stover was born in Cleveland, Ohio. He moved to The Villages from Ellicott City, Maryland, in 2005. He was a retired electronic engineer with Northrop Grumman and a Registered Profess... Read More
Allan Carl Stover, age 81, died Wednesday, September 18, 2019. Mr. Stover was born in Cleveland, Ohio. He moved to The Villages from Ellicott City, Maryland, in 2005. He was a retired electronic engineer with Northrop Grumman and a Registered Professional Engineer (California). He spent twenty years of his career working overseas. He served as technical advisor to the Philippine Air force for eight years, the Venezuelan Air Force for three years, the Greek aerospace industries for two years, and the Saudi Arabian Air Force for six years. He has visited more than fifty countries. In the Philippines, he was appointed advisor to that nation’s Metric Board during its conversion to the metric system. He was Secretary-General of the Asia Instrumentation and Measurements Federation, working to coordinate instrumentation and precision measurement activities in Asia. He survived a terrorist attack in Sri Lanka; dodged anti-American demonstrations in Beijing, China, when the U. S. bombed the Chinese embassy in Belgrade; witnessed the beheading of eight drug smugglers in Saudi Arabia, went behind the Iron Curtain into Communist East Germany years before the Berlin Wall fell; and lived in the Philippines while President Marcos seized power and became a dictator.
Allan falsified his birth certificate, forged permission papers, and enlisted in the U. S. Coast Guard at age 14 for four years during the Korean War. He served on a ship in the Pacific, on isolated duty on an island in Palau, and on a gunboat in Florida. After his discharge at age 18, he served as an Able Seaman (Unlimited, Any Waters) in the Merchant Marine for a season on a Great Lakes ore carrier.
Allan was founder and Past National Commander of Veterans of Underage Military Service, a 3000-member nonprofit national association of veterans who served underage. He sponsored a Villages chapter that met monthly. He and some of the members attended the Villages Honor Flight. His latest book, “Underage and Under Fire,” (McFarland Publishing) covers his experiences and those of dozens of other men and women who served underage.
Allan was an accomplished writer. His articles have been published in numerous publications, and his columns have appeared on many political websites. Writer’s Digest gave Mr. Stover six awards for his fiction and nonfiction works. He has written six books. His book on the metric system was published by Dodd, Mead, New York, and honored by the National Science Teachers Association as Outstanding Science Book. His textbook on automated testing was published by McGraw-Hill, New York, and republished in Mandarin for Mainland China. His controversial novel, The Evil Ones, was critically received. Wayne LaPierre, Executive Vice President, National Rifle Association of America, observed, “I read your book with great interest and have marked a few passages to use as both a professional and personal resource. You make so many great points and articulate your message so eloquently.”
Despite never attending high school, Allan graduated summa cum laude from Pacific States University in California with a Bachelor of Science degree in Electronic Engineering. He received his Master of Science degree from Vanderbilt University as Orrin Henry Ingram Scholar. He was an active member of Fairway Christian Church, where he taught classes, was church historian, and facilitated the GriefShare program with his wife for ten years. He enjoyed competing in the Hemingway Look-Alike contest in Key West for six years and was a finalist the last three. He was a life member of American Legion Post 347, life member of Disabled American Veterans Post 150, and a member of Korean War Veterans Post 169. He was a member of the Villages Shamrock Irish-American and Coast Guard clubs.
He was predeceased by his wife of 36 years, Elizabeth Bagaporo, whom he met and married in the Philippines. He is survived by his beloved wife of thirteen and a half years, Jean Ann; daughters Grace Protzman (Kevin), Virginia Beach, VA, and Natalie Miele (Jason), Puerto Rico; stepson David Davis (Jessica), Chandler, AZ, stepdaughter Deborah Chopka, (John), Mechanicsburg, PA; sisters Irene Lafond, Willoughby, OH; and Nancy Stankiewicz (Ron), Diamond Bar, CA.; three beloved grandchildren and four step-grandchildren, and nieces and nephews.
Donations can be made to American Legion Post 347, Korean War Veterans Post 169, Disabled American Veterans Post 150, or Fairway Christian Church. Memorial will be at Fairway Christian Church at 11:00 am on Saturday, September 28, 2019. Allan will be laid to rest with a military funeral at Arlington National Cemetery at a later date.
Arrangements entrusted to Beyers Funeral Home and Crematory, Lady Lake, FL. Online condolences may be left at www.BeyersFuneralHome.com
Read Less

To send flowers to the family or plant a tree in memory of Allan Carl Stover, please visit our Heartfelt Sympathies Store.

We encourage you to share your most beloved memories of Allan here, so that the family and other loved ones can always see it. You can upload cherished photographs, or share your favorite stories, and can even comment on those shared by others.

Brian, Nicholas and Madeleine Stankiewicz, Kim Pleticha, Madeleine & Nicholas Stankiewicz, and others have sent flowers to the family of Allan Carl Stover.
Show you care by sending flowers

Posted Sep 27, 2019 at 09:10pm
Your stories and your laughter were always an inspiration. Thank you for making the world a better place.

The Protzman Family purchased flowers for the family of Allan Stover. Send Flowers

Posted Sep 25, 2019 at 07:10am
Dear Stover family - sending you all our love and prayers during this difficult time. With thoughts of peace and courage for you, 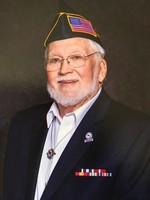