To share your memory on the wall of Roy Shoemaker, sign in using one of the following options:

Provide comfort for the family of Roy Shoemaker with a meaningful gesture of sympathy.

Print
Roy Allen Shoemaker Sr., 73 years old, went quietly into the night in the presence of family on September 3, 2019.

The middle child of three boys he was born and raised in Brooklyn New York. He graduated high school and was drafted int... Read More
Roy Allen Shoemaker Sr., 73 years old, went quietly into the night in the presence of family on September 3, 2019.

The middle child of three boys he was born and raised in Brooklyn New York. He graduated high school and was drafted into the army where he spent two years in Kansas. It was there he met his wife Linda Peirson. They married and moved to New York. They settled and raised their family in Long Island. His career was in the NYC Police Department where he eventually retired as a Lieutenant before moving to The Villages, FL.

He kept busy by bowling, golfing and playing cards. He was a dedicated husband, father, grandfather and friend, with a love of Corvette's, coffee and chocolate. He always enjoyed a laugh and socializing with friends. He would be there whenever anyone needed a hand and was simply the best of the best.

He reunites in heaven with his son Roy Jr. and his parents Ruth and Robert. He leaves behind his beloved wife Linda (of 51 long and wonderful years), two brothers and their wife’s Robert and Angela Shoemaker and Richard and Loretta Shoemaker, his adoring daughters Michelle Accordino and Debbie Shoemaker and her fiancé Daniel Karrmann, his three loving grandchildren Lauren, Grace and Brett Accordino as well as several nieces and nephews. Not to be excluded he leaves behind two fur babies, Reggie his faithful dog and Bruno his semi adoring cat.

Provide comfort for the family by sending flowers

We encourage you to share your most beloved memories of Roy here, so that the family and other loved ones can always see it. You can upload cherished photographs, or share your favorite stories, and can even comment on those shared by others.

Jamie Thorsen&Charlie Piermarini and Andrea Gendreau have sent flowers to the family of Roy Allen Shoemaker Sr..
Show you care by sending flowers

Medium Dish Garden was purchased for the family of Roy Shoemaker. Send Flowers

Posted Sep 06, 2019 at 07:55pm
Dear Shoemaker Family, so sorry to hear about your Dads/Uncles passing. We hope your memories give you comfort in the coming days. With love,

Posted Sep 06, 2019 at 06:24pm
To The Shoemaker family, Our familys thoughts and prayers are with you and yours. Love, Gina & Jennifer

Flowers were purchased for the family of Roy Shoemaker. Send Flowers

Posted Sep 06, 2019 at 05:38pm
Debbie and family: Please accept our heartfelt sympathies for your loss and may your memories comfort you during this difficult time.

Flowers were purchased for the family of Roy Shoemaker. Send Flowers

Posted Sep 06, 2019 at 11:38am
Debbie and Family, Wishing you peace to bring comfort, courage to face the days ahead and loving memories to forever hold in your hearts. 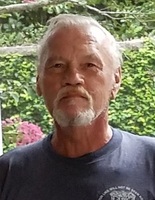